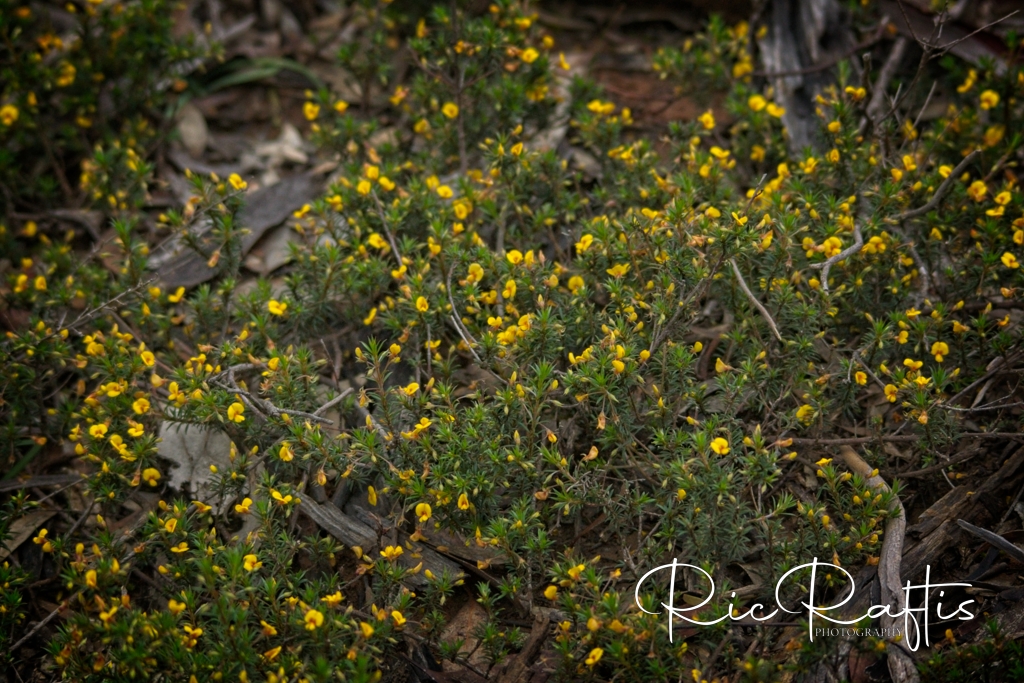 The Matted Bush Pea, botanical name of Pultenaea pedunculata, is a beautiful ground cover with a pea type yellow flower.  It is quite prolific around the Wedderburn, Vic, bushland area. Wikipedia Pultenaea pedunculata, commonly known as matted bush-pea, is a prostrate shrub that is endemic to south-eastern Australia. It is a member of the genus […] The Chocolate Lily, or Dichopogon strictus, is widespread around Wedderburn, Vic. It is a herbaceous perennial plant and native to Australia. It can have up to 12 leaves. The flowers tend to droop downwards and you often need to prop them up to get a decent sort of a photo.  The flowers range in colour […] The Small Leaved Clematis, commonly known as Old Mans Beard, is a vigourous climbing plant that can get up to 3m in height. The botanical name is Clematis Microphylla. It is a common plant around Wedderburn, Vic, where these photos were taken and prefers full sun and good drainage. It is also very frost tolerant […] These beautiful, little yellow flowers were sighted in the Wedderburn bush. Known as Buttercups they are of the family Ranunculus. Buttercups are mostly perennial flowers. They will often send out runners that develop into new plants. The petals are very lustrous. This is the result of a colouration mechanism where the petal’s upper surface is […] The Golden Pennant, or Glischrocaryon behrii, is a native Australian plant.  It is distributed through NSW, Victoria and South Australia.  In Victoria, the range seems to be in the Goldfields and the Mallee. Generally found in large clumps as shown in the photo which was taken near Wedderburn, Vic. The plant is a herb of […] Locally in Wedderburn, Vic, this plant is known as a Bread and Butter plant.  It’s a native and there are plenty to be seen around the bush when they are in flower.  However in trying to find out more about them, I can only find them described as a Smooth Rice Flower with the botanical […] The Grey Everlasting, Ozothamnus obcordatus, is a shrub that can grow to 1.5metres in height.  Again, another native in my favourite colour of yellow. It is present in Queensland, NSW, Tasmania and Victoria.  The distribution maps tend to indicate that it is mainly present across a central line in Victoria, predominantly the Central and Central […] 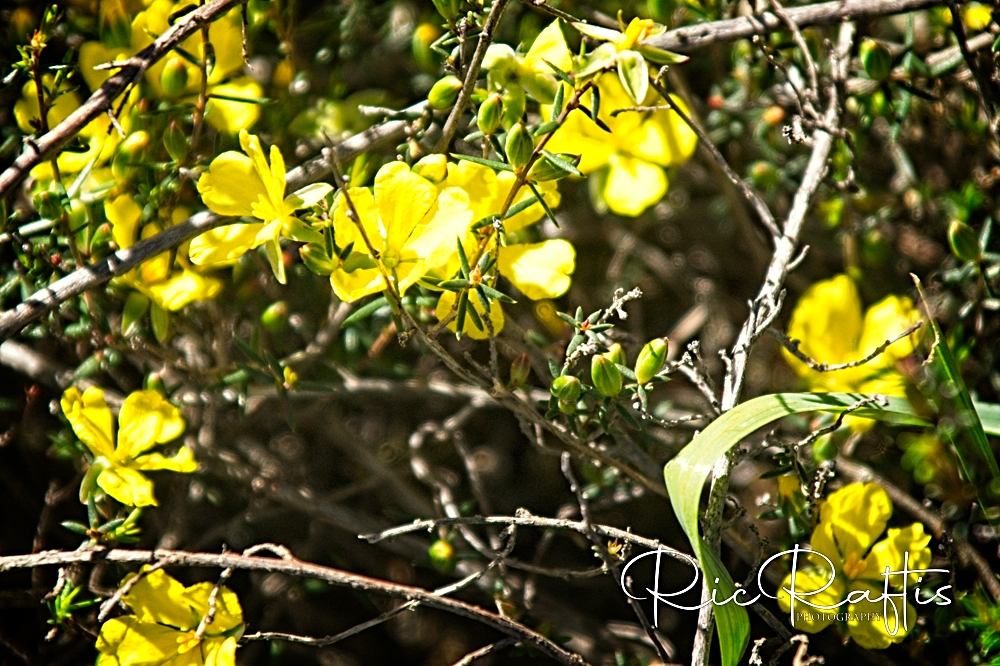 The Golden Sunburst, and I think the botanical name is Hibbertia sp based on information given to me.  The VicFlora website though shows it as Hibbertia Riparia.  It goes on to say though that the name has possibly been misapplied in Victoria and is likely to be transferred to a new species.  I think it’s […]

Dampiera dysantha, the Shrubby Dampiera, is an undershrub in the family Goodeniaceae. The species grows to 70 cm high. The flowers are blue, or occasionally white to lilac and are covered on the outside with grey and rusty hairs. These generally appear between September and October in its native range. This is a native Australian […]