The Echidna is one of Australia’s well known native animals. It is a unique, shy animal that moves slowly through the bush.  When the Echidna feels threatened, it goes to ground.  It flattens itself out and uses its strong claws to dig into the ground so only the spikes are showing. This makes it quite […]

The Eastern Brown Snake is native to eastern and Central Australia.  It is considered to be the second most venomous snake in the world after the inland Taipan. Although always brown, the Eastern Brown Snake can vary in the intensity of colour with some snakes being very pale.  You can see colour differences in the […] The Brown Hare, as it is known here, or the European hare is native to Europe and parts of Asia.  It is one of the larger hare species and is well adapted to a temperate climate.  You will find them down the East Coast of Australia from Rockhampton in the north, all through Victoria and […] The Red Fox is an introduced feral pest in Australia. It is considered to be particularly harmful to our native animals and rivals feral cats and dogs with the destruction it causes.  It has adapted well to the Australian bush and is a worry for birds and sheep farmers also. The Red Fox is a […] The Swamp Wallaby seems to be a bit of a misnomer to me. Locations where I have seen this marsupial couldn’t be further than a swamp. They are certainly very common in the thick bush around Wedderburn, Vic where I live. The Swamp Wallaby is found all the way down Australia’s east coast.  Apparently it […] 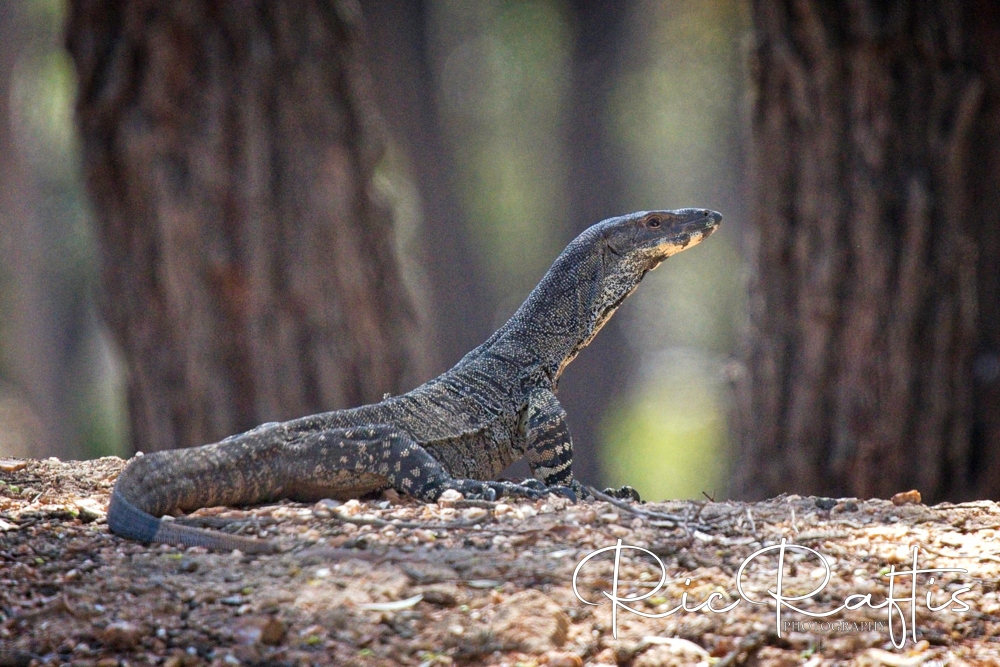 I find the Lace Monitor an amazing reptile. They seem to be all different colours as if you can recognise them by their colouring. The Lace Monitor is spread right throughout Australia almost. Generally seen in open woodlands, it is always on the lookout for some prey.  It is active during the day and if […]